CORONAVIRUS (COVID-19) UPDATE: Face coverings are mandatory inside all South Mountain Community College buildings, including the SMC Library. Read more about this decision here, and a message from the Maricopa County Community College District here.

SMCC, the Office of Diversity, Equity, Inclusion and Engagement, and SMCC’s Black Student Union are helping our community celebrate and honor Black History Month on campus. Join in to learn and celebrate Black lives virtually. 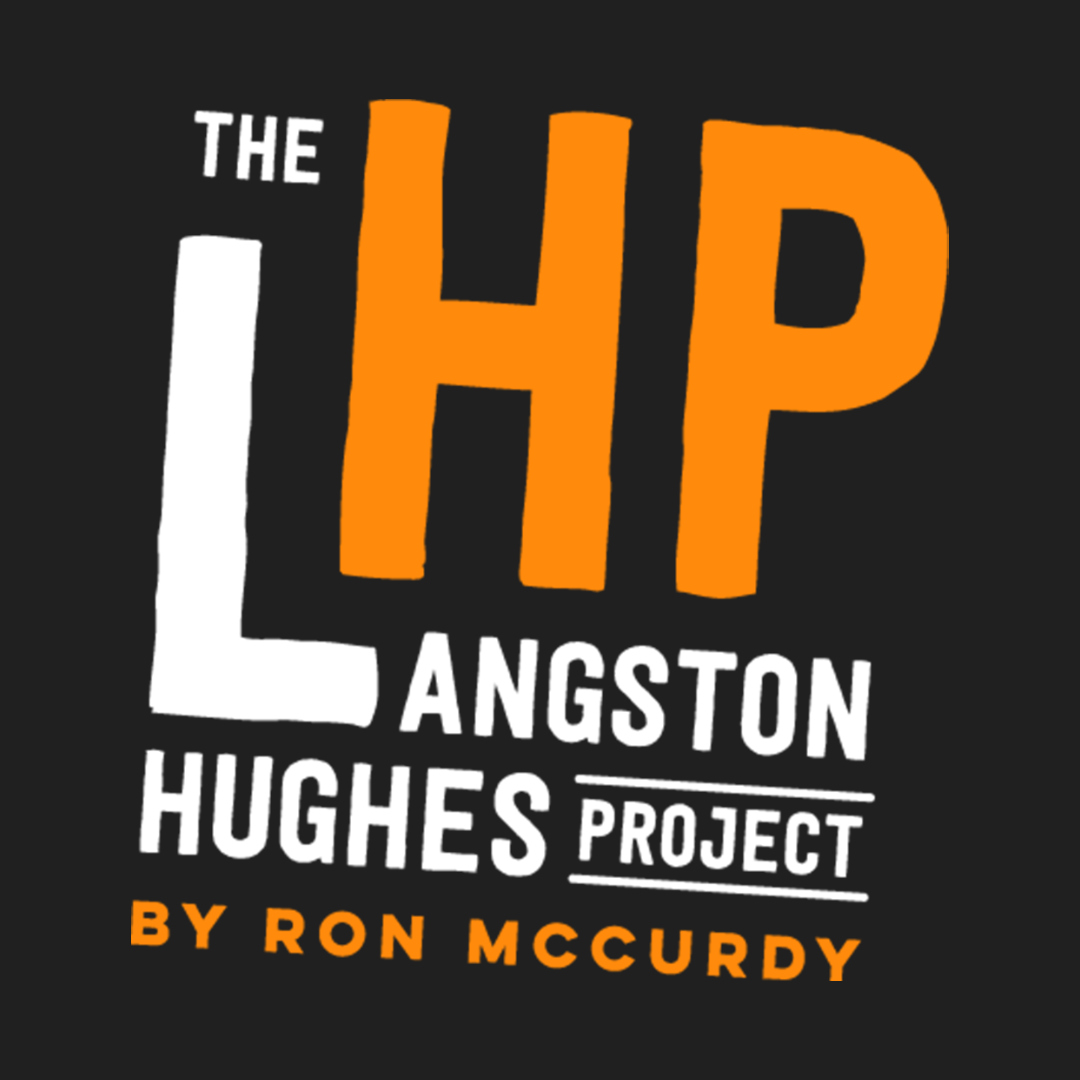 Presented by SMCC and the MCCCD Diversity, Equity, Inclusion and Engagement, The Langston Hughes Project is a multimedia concert performance of Ask Your Mama: 12 Moods for Jazz.
Feb 4 – 12 | Password: LHP2021 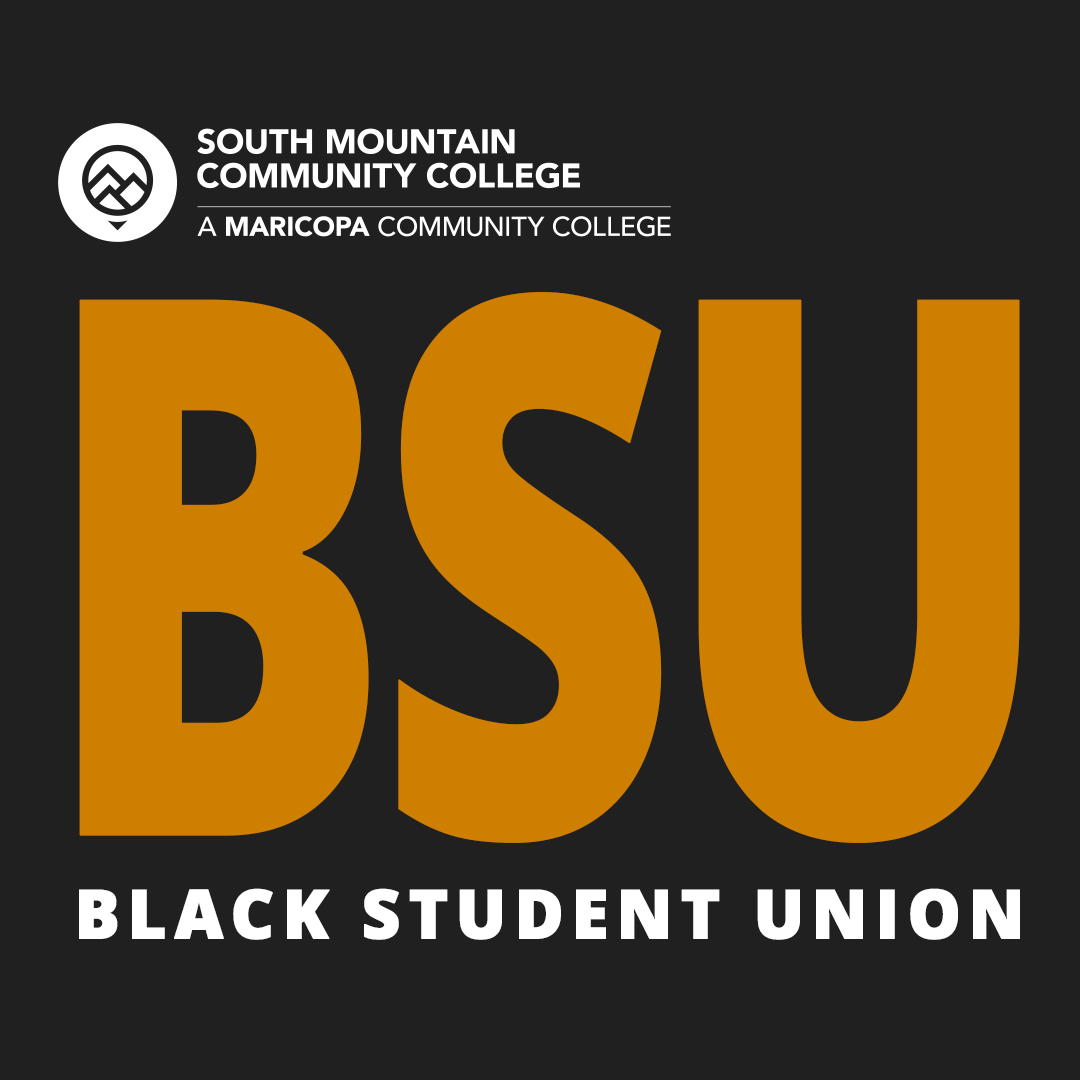 Come ease your mind and free your spirit. We will be in an art class together guided by artist Liz Brent from Chicago, IL. Liz will provide instructions to have us paint an inspiration from Maya Angelou’s, “I know why the caged bird sings”
Registration Required | Costs covered by SMCC’s Black Student Union
Feb 26 | 3 pm - 5:30 pm
Meeting ID: 985 7063 8599 | Passcode: 589590

Learn more about the Black Student Union at SMCC! 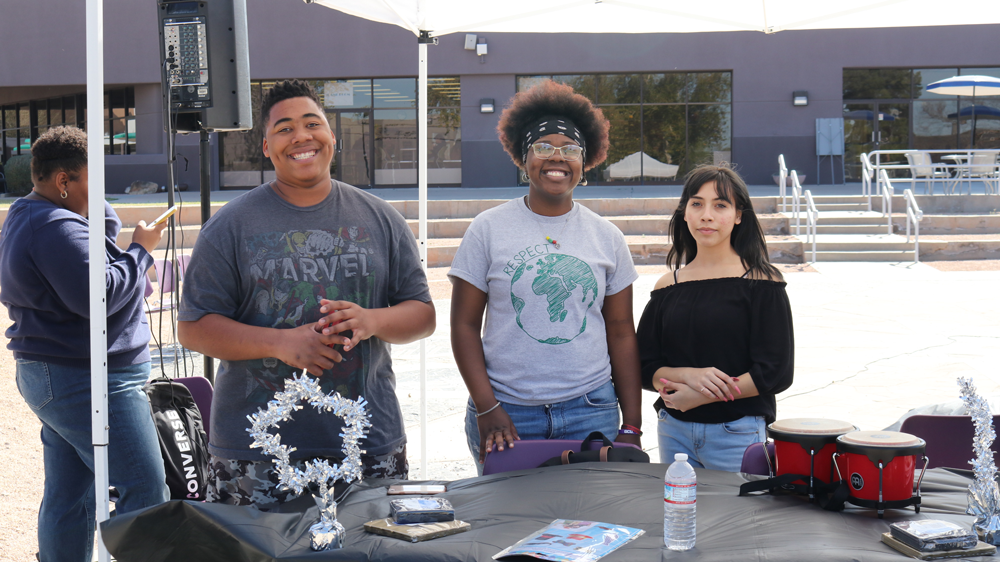 The purpose of the Black Student Union (BSU) is to promote activities of common interest, as well as cultural and educational benefit, for all students.

To provide a vehicle for Black students to gain access to resources that will enable them to: 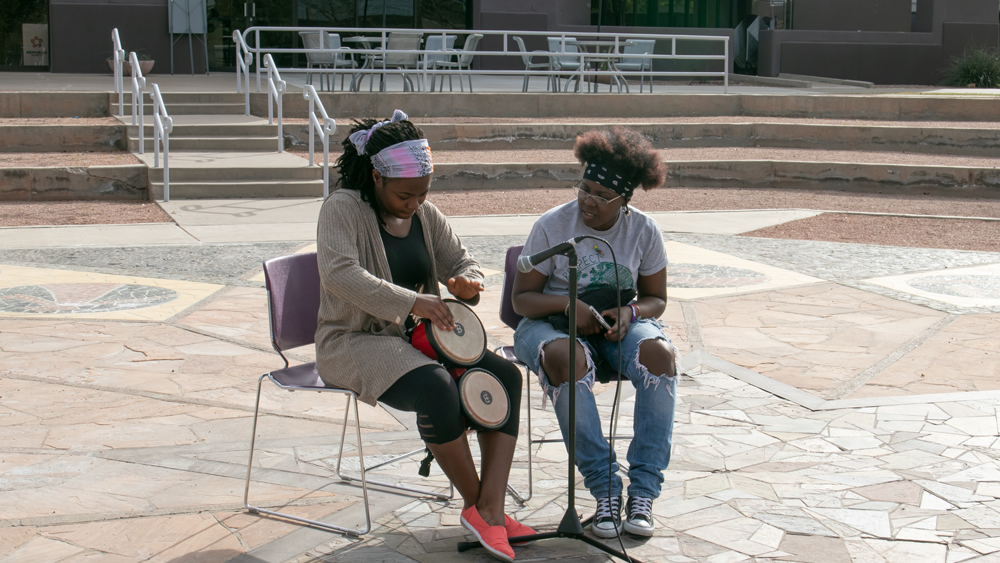 In addition, the objective on campus is to continue to promote community and self-enrichment by way of community service and volunteerism. The Black Student Union will continue to provide a forum for all students to voice their differences, goals, and ideas. Furthermore, BSU encourages cooperation between its member organizations, the student body and the community as a whole.

Support Phoenix black-owned business during Black History Month and beyond. VisitPhoenix.com compiled of City of Phoenix business you can support.

Black Businesses in the Community

The geographic and demographic origins of South Phoenix: 1887

The origins of the community we call “South Phoenix” date back to 1887, with the arrival of the BNSF rail line, which brought Mexican migrants as well as blacks fleeing the American South as part of the Great Migration. Phoenix townships had just been established, and though men and women of color had been foundational to the city’s origins, as more migrants arrived over time, Phoenicians became less hospitable to Latinx, Asian and African American newcomers. Like other cities in the American West, Phoenix practiced de jure (legal) methods to segregate all people of color, since all people of color were banned from purchasing or renting land north of the BNSF rail line, which is near Jefferson Street in today’s downtown. Over time, the boundaries moved further south, as geographical and societal forces alienated the city’s poor and people of color.

Over the course of the next century, blacks in South Phoenix thrived, despite the many challenges they faced. 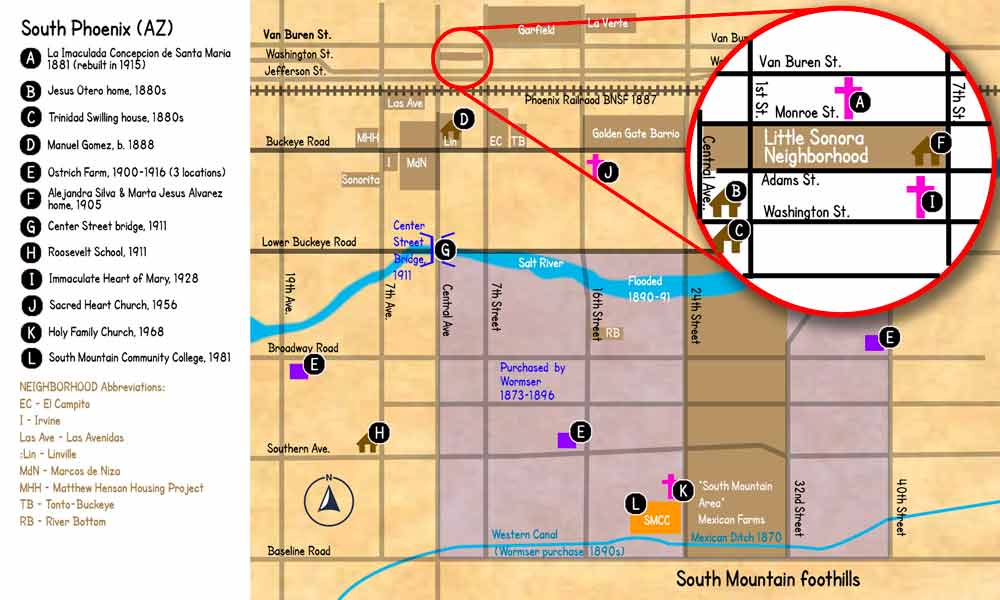 The oldest African American led church in the state is Tanner Chapel African Methodist, founded in 1886 in downtown Phoenix. Most South Phoenix blacks did not have frequent access to Tanner AME. They were often land locked by the frequent flooding of the Salt River, and with only one navigable bridge in and out of South Phoenix, getting to Tanner AME was not easy.

Later, in 1958, the Reverend Willie B. Smith organized one of the first black-led churches in South Phoenix, by purchasing James Buffet Nightclub on 19th Street and Broadway. The church has since undergone several renovations, and in 1965, became the longtime home of Reverend Bernard Black.

Reverend Bernard Black was part of a powerful group of African American activists who, since the late 1950s, had been advocating for voting rights, improved access to education, and housing equality in South Phoenix. The Reverend George B. Brooks, who led Southminster Presbyterian Church (also on Broadway) became a well-known name in Phoenix civil rights activity, along with Clovis Campbell, Jim Williams, Austin Coleman, and Lincoln Ragsdale.

Reverends Black and Brooks personify the history of black churches serving as important sites for community partnerships and activism. While leaders and congregates protested and advocated for legislative change, the churches themselves also served as homes to important community control. In South Phoenix, this manifested in a variety of ways, and could be seen in annual celebrations like Juneteenth and the yearly performance of Handel’s Messiah at South Mountain Community College.

Though legal restrictions on home ownership and tenancy no longer prohibit blacks from living north of the Salt River, “South Phoenix remains largely the same as it was during segregationist days, made up of Latinos and African-Americans, a number of them who continue to live in poverty-stricken pockets.” It has also been home to several history-making politicians. In 1971, Calvin Goode became the second African American elected to the Phoenix city council, and he served in that position until 1994. Goode was an avid supporter of South Phoenix, and was instrumental in bringing development, education, and innovation to the area throughout his tenure on the council. He was succeeded by two other prominent African Americans, Cody Williams and Michael Johnson, both of whom are champions for South Phoenix. Also in 1971, brothers Cloves C. Campbell, Sr., and Charles R. Campbell founded the first African American newspaper, The Arizona Informant when they “realized something was missing in Arizona.” Cloves Campbell was already active in state politics, having been elected to the State House of Representatives in 1962. In 1974, Campbell made history when he was the first black man elected to the Arizona State Senate. Together, the Campbell brothers sought to bring news and awareness to African Americans throughout Arizona, and especially in South Phoenix. They took special interest in developments happening at South Mountain Community College. In 2019, Goode’s former seat as District 8 councilman was up for election, and the contenders represented the sustained diversity of the area. With African American and Latinx candidates vying for the position, the campaigns “offer[ed] a glimpse of modern-day segregation” by reflecting “how the racial marginalization of the 1930s, 1940s and 1950s still is playing out” in today’s political climate. Though the election may have been competitive, it also demonstrated that South Phoenix residents have been living and working across culture and race for over a century.

In the 1970s, the Maricopa Community College District was booming. As the Phoenix metro area expanded, so too did the local demand for access to higher education. The District had a relatively simple strategy when it came to expansion. Sites for new campuses were selected based on community need and population and could not be within a 5-mile radius of existing campuses.

South Phoenix was an interesting case. The boundaries were relatively unclear, getting in and out of the area was nearly impossible, and as the crow flies, South Phoenix was somewhat close to Maricopa Technical College (now Gateway), though getting there was nearly impossible. The people of South Phoenix also faced pervasive racism when it came to their community’s need for education. The general sentiments were that “the people were happy down there” and, “They don’t need a college down there.” It took years of activism, persistence, and collaboration for blacks, Latinos, and Asians to finally see their hopes for a college in their area materialize. Together church leaders, politicians, business owners, and educators faced bureaucratic roadblocks, and overt racism in their quest to see a college built. South Mountain Community College was approved by two separate boards after several years of conflict, in February of 1979. Classes started later that year, and were held in classrooms at nearby elementary schools and at local churches. In 1981, the college finally opened for real, with the first classes held on campus. South Mountain Community College is a testament to the history and community activism that has defined South Phoenix since the late 19th century.

South Phoenix has changed dramatically in the 21st century. With new roads and infrastructure, the community is no longer an island in the desert. Newcomers are drawn to the promises of affordable housing, easy access to the Phoenix corridor, and great views. Longtime South Phoenix residents watch as their rural community becomes more urbanized seemingly overnight. And yet, the resilience of African Americans in South Phoenix is increasingly clear, despite these changes.

Local efforts to preserve and celebrate the history of black leaders and community members continue. Visit Southphoenixoralhistory.com for more information. 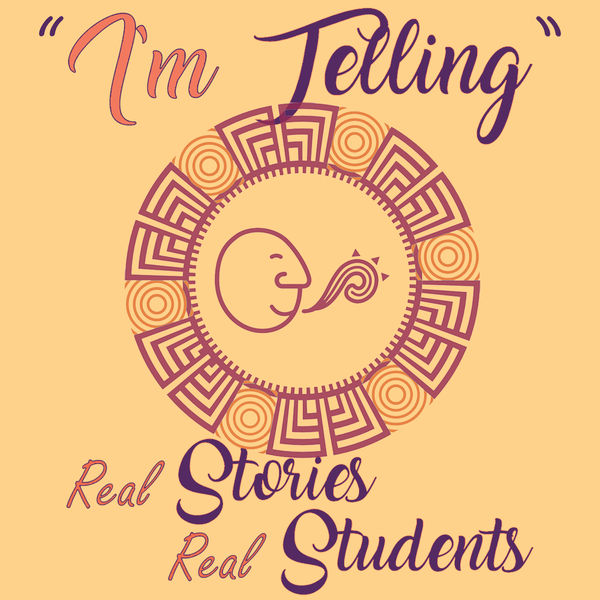