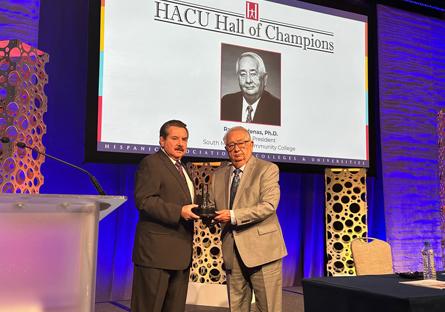 South Mountain Community College founding President Dr. Raúl Cárdenas was inducted into the Hispanic Association of Colleges and Universities (HACU) Hall of Champions during its 2022 Annual Conference on Oct 9-10.

The Hall of Champions honors those who embody the mission of the Association through exemplary efforts "To Champion Hispanic Success in Higher Education."

Dr. Cárdenas, who was inducted alongside US Senator Robert Menendez of New Jersey, has been a strong advocate for access to higher education throughout his entire career. In the Spring of 2022, he was honored at the SMCC Shining STARS Gala, where it was announced that the college's Athletic Complex would be named for him, in recognition of his tremendous work in getting athletics, academic and student life programs off the ground.

Dr. Cárdenas came to SMCC as the first Hispanic and minority college president in the history of Arizona. Over the course of his storied career, he not only led two colleges with sophistication, compassion, and excellence, he also sought to improve the field of higher education and promote the significance of MCCCD in his work with a myriad of regional and national associations.

Since 1978, Dr. Cárdenas has collected accolades and support, garnering a national reputation for excellence in higher education. In particular, he has been celebrated by his colleagues on national and regional associations for Hispanic and Southwest leaders, including: 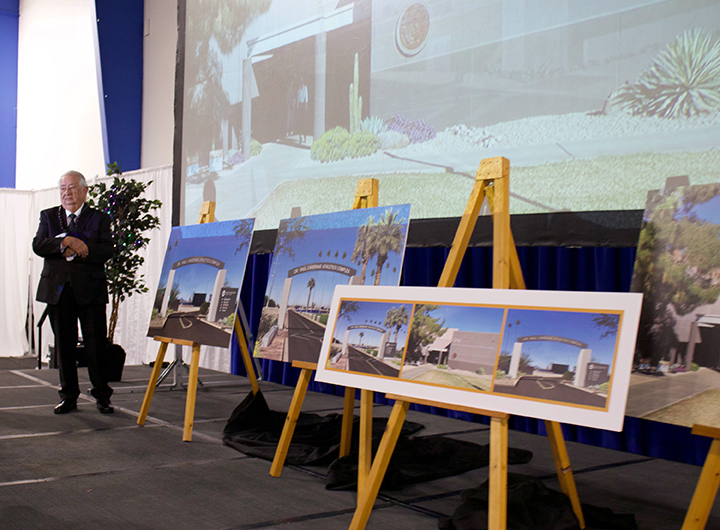 Related Links
Learn more about the HACU Hall of Champions